Kyub is a software that allows you to create 3D models that are designed to be fabricated on a laser cutter. By combining the ease of use of a web-based and inutitive 3D editor together with the speed of laser cutting, kyubs allows for short design cycles and rapid prototyping – pushing the limit of what can be built with a laser cutter.

Tech stack: the main programming language is TypeScript. The web app is created using Vue.js and the 3D editor bases on Three.js. For the backend APIs, Express.js and MongoDB are used while performance critical parts are written as C++ microservices.

Parts of kyub have been published to the CHI 2019 conference: […] Unlike earlier systems, such as FlatFitFab, kyub affords construction based on closed box structures, which allows users to turn very thin material, such as 4mm plywood, into objects capable of withstanding large forces, such as chairs users can actually sit on. To afford such sturdy construction, every kyub project begins with a simple finger-joint “boxel”—a structure we found to be capable of withstanding over 500kg of load. Users then extend their model by attaching additional boxels. Boxels merge automatically, resulting in larger, yet equally strong structures. While the concept of stacking boxels allows kyub to offer the strong affordance and ease of use of a voxel-based editor, boxels are not confined to a grid and readily combine with kuyb’s various geometry deformation tools. Download PDF or view ACM DL entry.

Try it out on kyub.com. 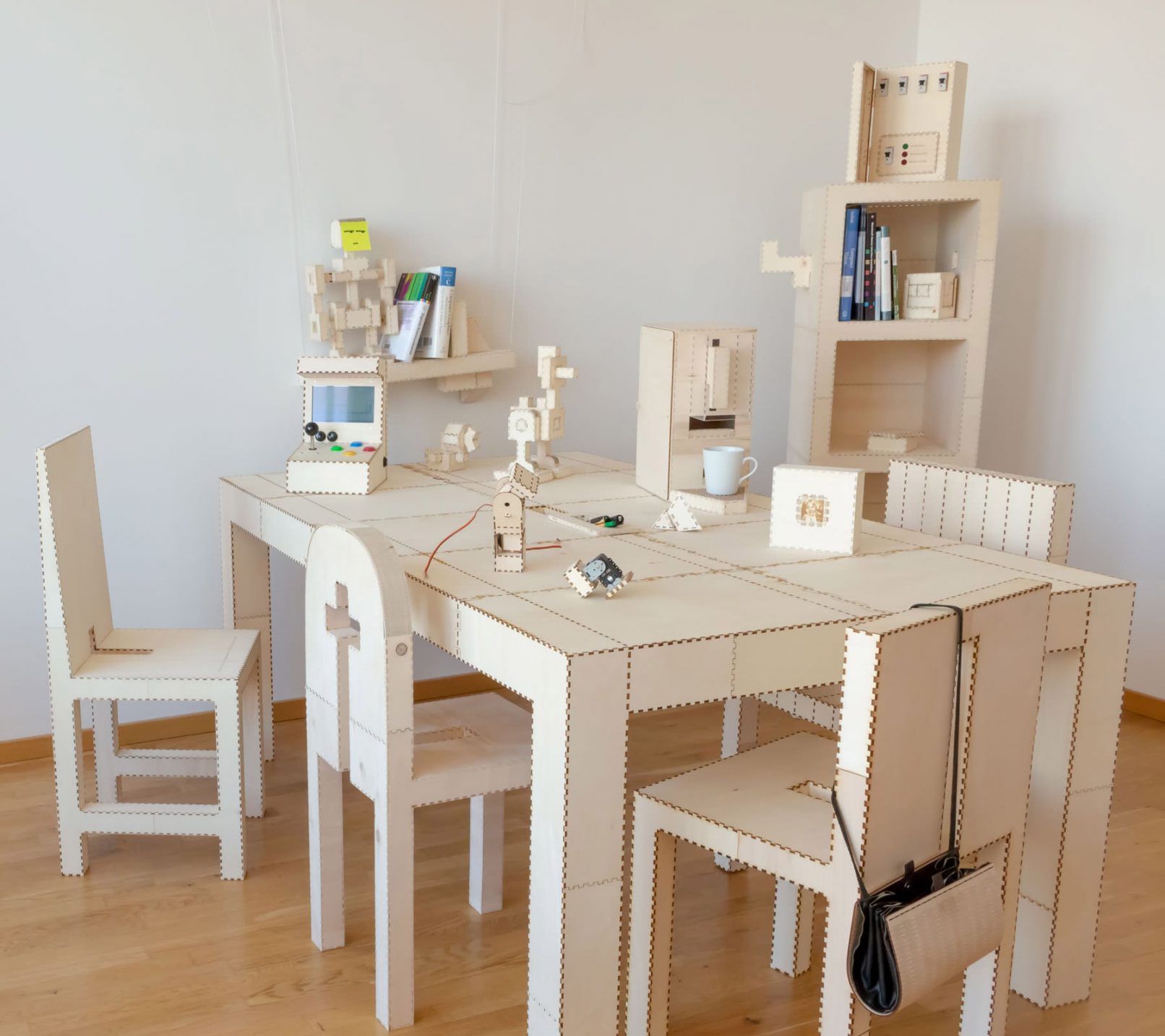 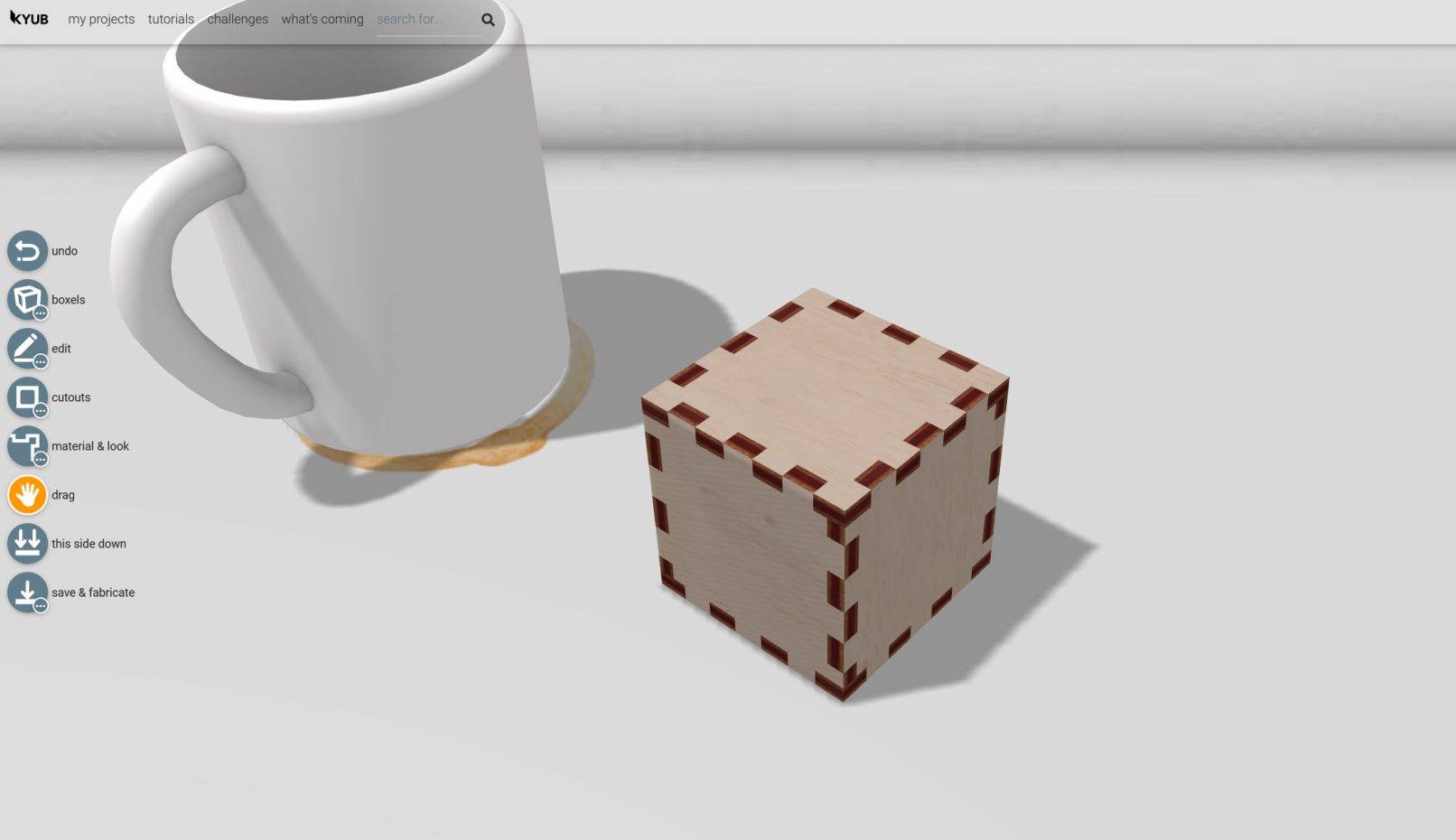 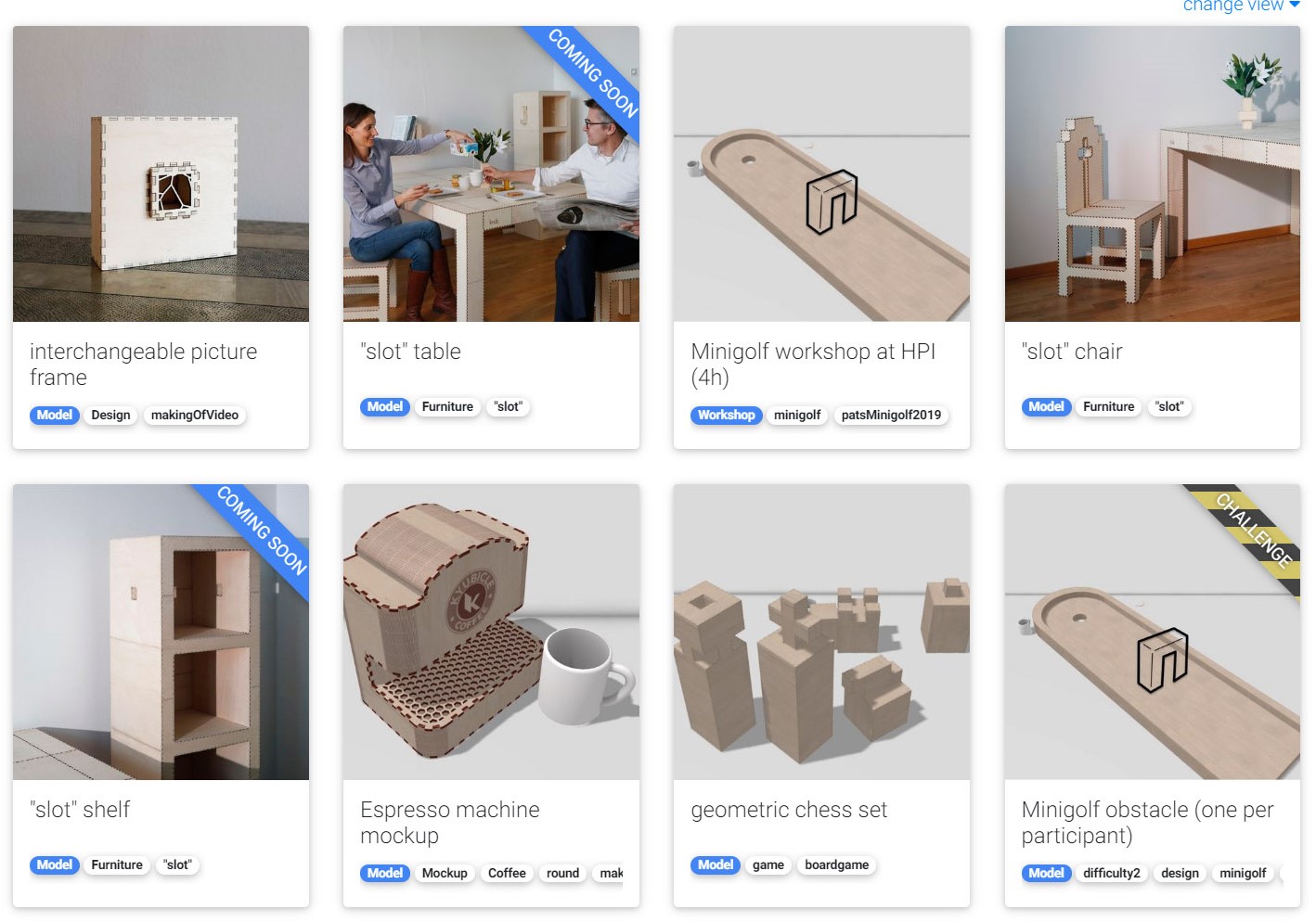